Someone could say that the progress bar on Senseily's status page is misleading because the first steps don't have in count Monthly Recurrent Revenue or any similar metric.

But let's be honest, starting a new project is damn hard. I think that completing the initial steps of the indie maker journey is as hard as accomplishing the last revenue boxes.

18 months ago I started Senseily. To commit to the project, I made it public in an initial post on Indie Hackers. 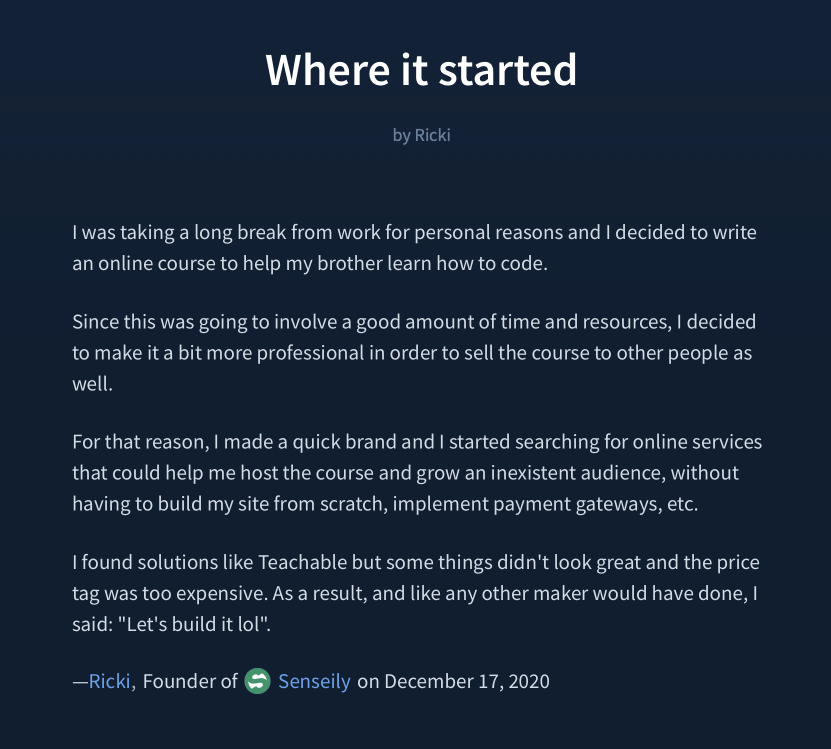 The post got 0 likes and 0 comments. Normal, I would say, for a maker with no audience. But it didn't matter, I had fulfilled the first step and gotten the ball rolling.

You could get started now as well, just grab that project or idea you have in your mind, create an Indie Hackers, Makerlog, or Twitter account, and post it there.

The next goal was to start pushing some code to have a working MVP.

A web developer who likes SaaS and bootstrapped products.